On June 17, 2010, the Voice of China reported that Han Xiaoping, the chief information officer of China Energy.com, said in an interview with the editor on duty of “News”, “Not long ago, Academician Cai Ruixian from the Institute of Engineering Thermophysics of the Chinese Academy of Sciences. Tell us, he said that when he was very young, some scientists told him that humans could use controlled nuclear fusion in 50 years, but 50 years later, he told us that he recently asked these scientists how much more they need Years? These scientists still tell him that it will take 50 years."
“It will always take 50 years” is a long-lasting nightmare for those concerned about controllable nuclear fusion, while the gimmicks of related interest groups are pouring cold water on the public one after another. 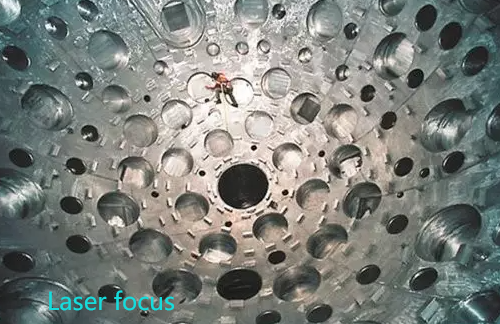 A phenomenon found in various forums, any report on controllable nuclear fusion, as long as there is progress on the surface, will immediately attract heated discussions. If the progress is made by other countries, it is generally to congratulate human civilization on entering a new era, and by the way mock the end of oil countries. If China has achieved a breakthrough, it will be even more serious, with the full screen of the dream of becoming a powerful country and the destruction of the United States.

The reason why we pay so much attention to controllable nuclear fusion is that mankind has had a dream since ancient times: the dream of perpetual motion.

In a very early age, even if there is no understanding of the laws of thermodynamics, the public understands in the subconscious that everything needs power to operate. But all power must consume a certain amount of resources and money. In a sense, the price of most industrial products is actually a reflection of the solidification density of energy during production and circulation. Therefore, if there is a machine that can move on its own, wouldn’t it be beautiful? Wang Lixiong wrote a simple and persistent peasant in the novel “Perpetual Motion Machine Patient”, he just wanted to build a perpetual motion machine. He believes that the day when the perpetual motion machine is turned on, is the time when the people in his hometown get out of poverty. 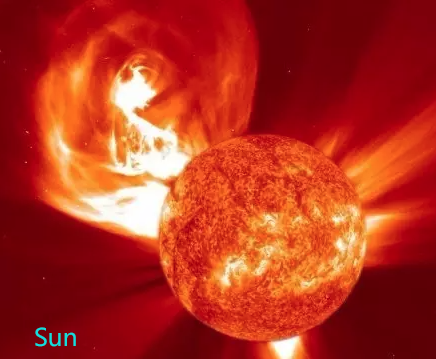 The first wave was rejected by the first law of thermodynamics, and energy cannot be made out of nothing.

The second wave was rejected by the second law of thermodynamics. Energy is not only about quantity but also about quality.

The third wave is artificial nuclear fusion, a quasi-perpetual motion machine. At present, it seems that there is no problem in theory. Uncontrollable nuclear fusion has also been realized, so human beings are diligently seeking.

Before 1973, human civilization had not considered the scarcity of energy at all, because technological progress made energy more and more cheaper. But after the Arab oil embargo and the Iranian revolution in 1979, there was an extra word in the world: oil crisis. The exponential expansion of industrial civilization makes oil and energy no longer cheap. Every oil crisis will lead to an economic crisis. For more than 40 years, human beings have tried every means to get rid of this curse, but little progress has been made.

The gimmick of new energy has been discussed earlier. Among conventional energy sources, first look at fossil energy. Even if it is rich in coal and natural gas, facing the gluttonous appetite of China’s industrial upstart, it will not last long, let alone pollution. As for fission nuclear energy, even if value-added reactors are considered, the earth’s resources are really limited, and it cannot completely replace fossil energy. Moreover, nuclear pollution will affect future generations.

Science fiction writer Liu Cixin once complained that there are 100,000 earth resources in the solar system, but humans have spent dozens of times more spaceflight resources to protect the environment of an earth. The fact is that everyone wants to develop the solar system, but to get rid of the beam of the earth’s gravity, chemical-fuel rockets are prohibitively expensive.

According to the distribution of cosmic resources and the current level of human science and technology, controllable nuclear fusion is the only choice for mankind to leap over the technological level. On the one hand, fusion resources are everywhere in the earth and the universe. If controllable nuclear fusion can be realized, mankind will obtain almost infinite cheap negative entropy flow, and for the first time, human industrial civilization can last for a long time. Otherwise, after human civilization runs out of chemical energy resources, it will not be able to maintain the current level, let alone expand outward. On the other hand, it is theoretically feasible to use high-temperature plasma generated based on controllable nuclear fusion to propel a spacecraft. The development of the solar system is no longer an unattainable dream.

When I was in junior high school, I read the newspaper and said that controlled nuclear fusion would come true at the end of the 20th century. In 1999, it was said that in another 15 years, controlled nuclear fusion would be commercialized. By 2013, searching on the Internet, according to a report in “Nature” magazine, it is expected that the construction of the ITER nuclear fusion device will be completed in 2019, one year later than expected. The first ITER deuterium-tritium fusion experiment is planned to be conducted in 2026, about 15 years later than NIF. As for commercialization, let’s talk about it after 2050.

I saw a PhD in physics commenting on controllable nuclear fusion:

Twenty years ago I just graduated from university and went to study in the United States. I went to the Plasma Research Center of Princeton University. The huge research center made me so excited. If I go again after 20 years, it is still the same, and there is no substantial progress. I don’t know how many billion dollars it has spent.

Where is the difficulty?

After heating the particles, there is still a technical problem. Under the high temperature of hundreds of millions of degrees, what kind of container is used to contain the reaction material and restrain the microscopic particles to continue the nuclear fusion reaction for a long time? The technical route taken by the US NIF is to use lasers for heating and inertial restraint, and another technical route, tokamak, uses magnetic fields to restrain. It seems that NIF’s route is basically a dead end, and it has no achievable meaning other than fudge funding and use for nuclear weapons tests. The Tokamak faces many problems, including the treatment of impurities, the Great Disrupture of high-temperature plasma, and many of them have not yet had any theoretical solutions, let alone technical realization. (In the posts in the third and second editions of this article, many netizens had extremely wonderful discussions about this, and I recommend you to take a look.)

The long period of failure and the danger of cutting funds have forced the controllable nuclear fusion industry to consciously or unconsciously cooperate with the press to prepare one gimmick after another. Recently, two reports have been very popular in major forums, one is foreign and the other is domestic.

Looking at the first report, the US NIF achieved output energy exceeding input energy for the first time. When I first read this report, I was shocked. Is the real third industrial revolution coming? Read the report carefully and pay attention to the core sentence:

Strictly speaking, the experimental center is not lying. The energy released by the reaction exceeds the energy absorbed by the hydrogen fuel ball. But all news reports are cheers: the output energy is greater than the input energy.

Seemingly similar but slightly different concepts are fundamentally different. Please distinguish several concepts: the overall input energy, the energy absorbed by the hydrogen fuel ball, the energy released by the reaction and the energy obtained from the outside world.

Later, Tuonan University students went to the Wu Jianxiong Library to inquire about the latest academic journals published in November, only to understand the gimmick of this news report. I can’t remember the specific data, but the magnitude of the analogy below is roughly correct.

The overall input energy is 1000, and the X-ray energy excited by the laser is 1. This X-ray radiation energy “1” is absorbed by the hydrogen fuel ball, causing micro-scale nuclear fusion, and the released capacity is 2, but this 2 is not available to the outside world. use. So the real input-output ratio is 1000:0.

But why does the news report use the headline that the output energy is greater than the input energy, but the US NIF Center remains silent?

What happened in the United States in early October 2013? The U.S. federal government and parliament quarreled over debt issues and the annual budget, which eventually led to the closure of most agencies of the U.S. federal government. The funding of various scientific research institutions in the United States has been slashed. For example, the NIH’s funding has been cut drastically, which has led many biological scientists to protest on Capitol Hill. NIF has been engaged in nuclear fusion for decades and spent tens of billions of dollars on American taxpayers. There has been little progress. In the context of budget cuts, if you don’t make a news to prove your work is meaningful, there is a high probability that NIF funding will be cut.

If the technique used by the press in NIF’s reports is to shift flowers and trees, then the Chinese report is just slanderous, just using headlines to fool people. Most people only look at the title, not the actual content, and cheer for the revolutionary breakthrough.

The reality is that the title content is the expected result, not the result achieved now. Controllable nuclear fusion is well-known in the scientific research community for bounced votes. Satellites have been released for almost half a century. It is only a technique to ask for funds to achieve certain results in 7 years. Just find a reason to put it in the government department, anyway, the government department has long been accustomed to such things, and will not take it seriously.

4 The dilemma of low-entropy body and the technical steps faced
4.1 From the second law of thermodynamics
4.2 The backbone and forks of the technology tree
4.3 Forever 50 years and controlled nuclear fusion
4.4 Think calmly : the future is not necessarily better

5 The Pit Before 5 Steps: The Fate of Human Society
5.1 The Sociological Significance of Dissipative Structure Theory
5.2 The disappearance of the big competitive environment
5.3 Differences erased by globalization and the thermodynamic balance of human society
5.4 Aging self-locking
5.5 How to fill the hole?
6 The essence of 6 steps: complexity devil
6.1 What is complexity
6.2 Two rules behind the complicated world: survival of the fittest and expectation of return on capital
6.3 Technological progress and technological revolution: changes in complexity
6.3.1 Evolution example of transportation / power system
6.3.2 The characteristics and complexity of the technological revolution
6.3.3 The high-complexity science devil facing
6.3.4 Dilemma originating from technical foundation
6.4 Many evil consequences brought by high complexity ( more is different)
6.4.1 I know you have a life and death race
6.4.2 Maintenance costs
6.4.3 Negative feedback from society
6.5 Simple mathematical derivation