There is a concept, the concept of quantum computers, popular all over the world, foreign professors and Chinese beasts, American business giants and Canadian new-style companies, Western best-selling authors and Eastern science fiction writers, and China’s self-contained five. Mao Zuo has formed a sacred alliance to promote this concept.

The common feature of all technical gimmicks is: this thing is supernatural, although it does not exist now, if you give me some investment, it will appear soon. This kind of technical gimmick certainly didn’t have a market before World War II, but after World War II, governments generally rotate regularly. Rotation means that memories are refreshed, and changing term means that a new cycle of asking for money can start.

The concept of quantum computers appeared in the 1970s. I still remember reading an article describing the future. It seems that at the end of the 20th century, quantum computers will eliminate traditional computers. As a result, for more than 40 years, there is basically not even a qualified prototype. At the end of the last century, I went to the physics department next door to take a course in quantum computing. At that time, I was wondering that it is so magical in theory, but how to implement it with hardware? At the doctoral level, another student studying the Josephson effect confessed in private that it was very difficult. Nearly ten years have passed, and quantum computers have basically stayed on paper, in sharp contrast with Moore’s Law of classical computers.

Faced with the risk of funding cuts, many scientific and technological workers (the same at home and abroad) out of selfishness, overemphasize the advantages and prospects of quantum computing, and even after a few years, you can order pictures of quantum computers and do a lot. Propaganda that misleads the public, academia and officials. For example, the famous professor Pan in China uses photons to implement Shor’s algorithm for prime factorization of 15=5×3. But think about it for a moment. Three-photon or five-photon experiments are already very difficult, and entanglement is extremely fragile. If there are too many, ten-photon entanglement is the way to go? What’s more, ten-photon entanglement and hundreds of photon entanglement are not the same type of difficulty. Pan’s original paper has been more than a decade now, and there seems to be no follow-up report that a major breakthrough has been made. Some people even claim to have proven that quantum computers based on photon entanglement are not scalable in principle.

The propaganda of quantum computers in European and American magazines or media is hard to read, but if you take a closer look, those who blow the trumpets are all radicals who advocate quantum computers and ask for money, or people in the chain of related interests, behind them The main purpose is to use this to ask for more support from governments of various countries when writing applications.

In 2013, the concept of quantum computers was given a shot. A Canadian company: D-Wave announced that they had built a superconducting quantum computer with hundreds of qubits. The whole world was shocked. Could it be spring? Coming soon? In theory, the D-wave device uses quantum tunneling effect, which can barely be regarded as a quantum computer. 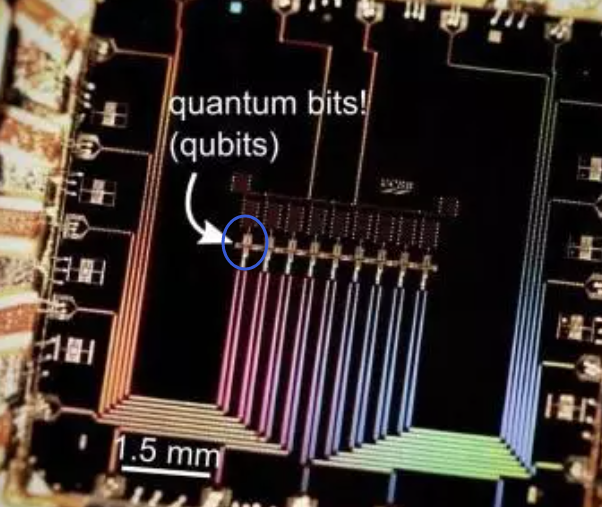 But the good times did not last long. D-Wave Company sold a so-called D-Wave Two 512-qubit quantum computer to Google for US$15 million to establish an open laboratory for many scientists to use this machine. Perform various verifications to determine whether the claimed quantum computer has quantum acceleration capabilities. On January 13, 2014, the research group headed by Professor Martinis and Lidar of the University of California, including researchers from Google, among which Professor Lidar is the director of the aforementioned laboratory, officially announced: the D- of 503 qubits Experimental data on a Wave Two quantum computer shows that there is no evidence of quantum acceleration. The academic article is at: [http://arxiv.org/abs/1401.2910].

This time, the scientific community has fully refuted the evidence of the quantum computer claimed by D-Wave in Canada, and in a sense it also stated that the so-called quantum computer does not have any acceleration advantage over the classical computer.

In fact, after the government has been deceived many times, it has slowly understood the way. Take the United States as an example. DARPA has no interest in quantum computers now (US Department of Defense Advanced Research Projects Agency, DARPA is the abbreviation of Defense Advanced Research Projects Agency, it is the organization, coordination, management agency and high-tech pre-research of major scientific and technological projects in the United States. The technical management department that works, the total DARPA budget request for 2015 fiscal year was 2.91477 billion US dollars, an increase of 131.14 million US dollars from the 2014 fiscal year, and about 200 projects were funded.) 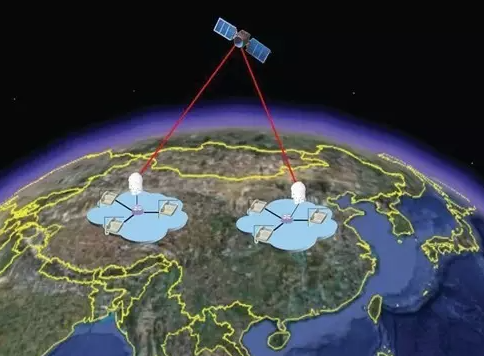 The US DARPA’s termination of quantum computing research projects is to evaluate and consider that its development encounters serious bottlenecks and expectations are very difficult. At present, it is not worth continuing to make large-scale focused investment, but only suitable for the development of free divergence and exploration. the study.

The research of human beings on microscopic matter is gradually deepening. With the progress of supporting instruments, everything is gradual, from point to surface, from laboratory to factory, from millimeter level to micrometer level and then to nanometer level. The laws of physics do not have jumps because of changes in size.

However, since the 1990s, researchers in related majors have been jealous of the benefits of the Internet bubble and the big bioengineering gimmicks, thinking that you can say that without a word, why let us stick to poverty? If your bioengineering can blow the 21st century into the century of biology, we will show that by 2010, nanotechnology will become the second largest industry in the world after chip manufacturing, with a market share of US$1.440 billion.

Since then, the material sub-field began to advocate the magic of nanomaterials, believing that nanomaterials will bring revolutionary changes to human society. The concept of nanomaterials was very popular at the end of the 20th century. Regardless of domestic and foreign, when talking about high technology, apart from IT and bioengineering, nanomaterials must be discussed. For example, with nanomaterials, space elevators can be built. With nanomaterials, countless micron-sized robots can be made to sneak into human internal organs to remove tumors in the body. (By the way, these promotional materials provide a lot of material for science fiction writers).

When the IT bubble burst in 2001, the propaganda of nanomaterials reached its peak, and there was a strong momentum of “let me give it away”. At that time, I applied for the Natural Science Foundation, and it was really difficult to get a hand if I didn’t hang a nanomaterial. And governments at all levels have also been fooled around. In the 2001 report, according to incomplete statistics, half of my country’s provinces and cities included nanomaterials in their local development plans during the Tenth Five-Year Plan. The state has also established a Nanotechnology Steering and Coordination Committee, which is responsible for organizing and coordinating the nation’s nanotechnology research and development forces and formulating relevant plans. The State Council approved the “National Nanotechnology Development Program.” 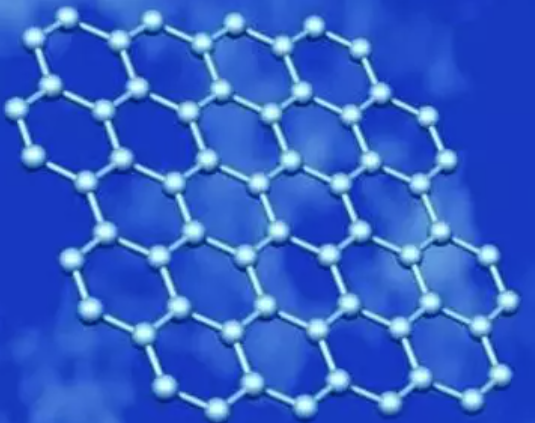 But what the advocates didn’t expect was that once many things came out, they would often go beyond the control of the initiator.

The prosperity of the world is for profit; the hustle and bustle of the world is for profit. Nano is so miraculous, naturally there are smart manufacturers to respond. So nano home appliances, nano textiles, nano sanitary ware, nano cosmetics, nano car membranes, nano genes, etc., which are affixed with various nano tags, have made their debut one by one, taking nano technology as a new selling point. Under such circumstances, many ordinary people were deceived, and the nano concept quickly became infamous.

Well, the researcher can accuse the business of shamelessly making a name, but what has the researcher accomplished? In the link to the 2001 report below, scientists predict that the nano era will not be long. A company in the United States predicts that in the next 10 years, nanotechnology may develop to a level that can produce large quantities of complex nanostructured materials, surpassing the “quantum effect barrier” technology, and thus reach the level of practicality.

It is 2015. Although nanomaterials are used, they are far from being as magical as they were originally claimed. Do you think that your daily life has been drastically changed by nanomaterials? As far as relevant interest groups are concerned, funding for scientific research has already been obtained, and no one mentions the enthusiasm of the year.

But the government is forgetful, and the public is foolish. No, there was a new report in 2014: 13 major nanomaterial technologies that will change the world

The reporting style is again the old one, saying that certain magical materials will be produced in the future, and the subtext is to give me research funding soon.

Alas, even the gimmick is made without novelty!

Graphene is a new gimmick that has emerged in recent years. With the help of the Nobel Prize, it has made a lot of noise. But like energy solutions like “annihilation of positive and negative matter provides energy”, ideals are beautiful, reality is cruel, and graphene is far less magical than the boasting. Several years ago, in a BBC report, scientists reminded the public not to have high expectations.

However, domestic and foreign capital markets can blow mud into gold. The concept of graphene makes it easy for many companies to double their stock prices. As for the afterthought, it is not a matter of the trader. The concept is so vague that even the government can’t stand it anymore, reminding the public to pay attention to the gimmick:

3D printing has appeared very early and has certain uses, especially in some occasions that are not suitable for large-scale assembly line production, such as the manufacture of certain parts and molds on airplanes. 3D printing can be regarded as a big breakthrough. But leaving these occasions, its role has been extremely exaggerated, and the next industrial revolution will dare to boast. Human history has long proven that large-scale production is king. 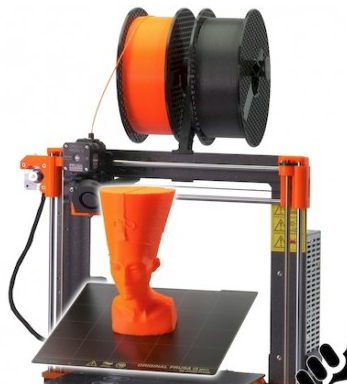 Cloud computing and big data will not be elaborated. The IT industry needs new gimmicks to attract attention.

2.1 Rendering and brainwashing
2.2 Papers and patents: the absurdity behind astronomical numbers
2.3-2.4 The bit world and the real world / Part and whole