Since the 1970s, there have been four oil crises, the most recent being in the 21st century. Faced with high oil prices, major economies are trying to get rid of difficulties by developing new energy technologies, and solar energy is particularly attractive.

Solar energy makes you feel warm when you hear the name. The so-called growth of everything depends on the sun, and solar energy is inherently high-end and high-end. With the rising oil price, the photovoltaic industry is also booming all over the world (especially China).

In addition to high oil prices, the rise of the photovoltaic industry has several other factors. First look at Europe and America. On the one hand, Europe and the United States, especially Europe, must act morally to promote global greenhouse gas emission reduction and seek a dominant position. The photovoltaic industry has aroused the “interest” of Europeans and Americans and passed a series of laws to promote the formation of the photovoltaic power generation market. , And the law comes with a large amount of financial subsidies. On the other hand, the production of photovoltaic devices is tantamount to solidifying China’s cheap energy and environmental costs, allowing Europe and the United States to slowly release them within a few decades. For China, one word is enough: GDP. After I die, no matter what the flood is. With the concerted efforts of all parties, the photovoltaic industry is on the go, and the public opinion also clamored and sang praises.

(1) The technical basis of the photovoltaic industry is photoelectric conversion, which has a history of almost 100 years. In such a long period of time, there has not been a major theoretical breakthrough that has made the economic power conversion efficiency reach the requirements of industrialization. I often see reports in some publications that the photoelectric conversion efficiency can reach 20% or even 30%. But all these reports, if you go deeper into it, are nonsense. An analogy: a conversion device made of gold can achieve an efficiency of 30%, but does it have practical significance?

The combination of the two leads to high terminal electricity prices necessary for photovoltaic cost recovery: 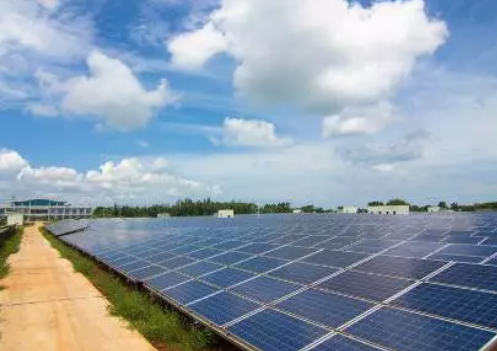 The photovoltaic industry, which was developed by relying on European financial subsidies, was finally brought back to its original shape by the 2008 financial crisis. Europe and the United States could pretend to be forced before 2008, but the subsequent financial crisis and the European debt crisis revealed that many European countries have been eating too much, and it is impossible to maintain the original huge photovoltaic subsidies. Limited funds and markets have to be left to local companies, so the European market The door is closed to Chinese photovoltaic companies. In addition, the prerequisite for the European market to open up was that China first bought their manufacturing equipment. Before the European debt crisis, Europe’s optical production lines and equipment had already filled China, and the global production capacity was surplus. Naturally, it was necessary to unload the grind and kill the donkey. Since 2012, the domestic photovoltaic industry has been in a complete crisis, and Wuxi Suntech has even gone bankrupt, causing a lot of bad bank debts in China.

This view takes advantage of a weakness of human nature: forgetfulness. Whether the long-term goal can be achieved or not has little relevance to the current profit, but if it can be fudged, it will be fudged. The slogan of photovoltaics has been preached since the 1980s, and interest groups in the related industry chain have been lobbying the public quickly. Give two examples:

West Germany’s AEG·Telefunken company installed a solar generator on the roof rack of the Passat car produced by the Volkswagen Automobile Plant. The power is 160W, which can supplement the car generator. For charging the battery, it can save gasoline consumption by 5%. It is currently in the experimental stage, the manufacturing cost is high, and the economy is not good. However, according to experts at the plant, energy prices will continue to rise within the last five years of the 1980s, while the cost of solar generators will fall, and the investment will be recovered within a few years.
More than 30 years have passed, and I don’t know whether those experts still face the same.

However, the future of solar energy is even brighter. Some companies say that technological advancements will halve the price of solar panel installations in the next three years. Deutsche Bank also stated that by 2014, including energy savings, the price of solar power systems will be able to compete with traditional electricity.

Now in 2015, photovoltaic power generation still does not have any price competitiveness.

A fact that the photovoltaic industry chain has been deliberately avoiding: photovoltaic is not a new technology, and its basic principles have been around for a hundred years. Since there was no technological revolution during this period, slow technological improvements have been made. What’s terrible is that the areas that are easy to improve have been improved, and the rest are the “big tigers” that are difficult to chew. There is no possibility of any technological revolution in photovoltaics. It has not caught up with the production efficiency of traditional electric power for a hundred years. Could it be possible that a great leap forward will be made in the next 10 years?

I personally believe that the country and society’s strategy for photovoltaic and wind power should be: photovoltaic and wind power can be used in places where traditional power supply is difficult to reach. However, the state’s limited funds should not heavily subsidize power generation as they do now, but should encourage research and development, and look forward to the arrival of a real technological revolution. After the critical point of technology, invest heavily again.

The fear and expectation of artificial intelligence can be traced back to the novel “Frankenstein” written by Mary Shelley in 1818. The writer lived in a period when the entire Western society was undergoing profound historical changes. At that time, the first industrial revolution was in the ascendant, various scientific knowledge had made great discoveries, and the ability of mankind to transform nature was unprecedentedly powerful. The masses of people who have been baptized by scientific rationality generally blindly follow science. He has various illusions about technology changing the world. Of course, with the development of technology, the public quickly realized the absurdity of the “man-making technology” in “Frankenstein”, but the feeling of “man-making” remains the same. After that, with the advent of the computer age, the concept of artificial intelligence began to prevail in the face of the powerful computing capabilities displayed by computers. And it is very interesting that this concept is lively once every ten or twenty years.

When I was young, it was probably in the mid-80s. I was still in the upper grades of elementary school. At that time, TV news and newspapers were enthusiastically discussing the concept of intelligent robots. As if waking up overnight, intelligent robots are all over the street. Many experts and scholars screamed heartily in the report, you see how much Japan and the United States attach importance to it, how much money has been invested in the fifth generation of computers, and if you do not engage in intelligent robots, China will perish. With the creation of intelligent robots, humans can transform from exploiting humans to exploiting machines.

Later, I went to university and started to learn IT knowledge systematically. Only then did I know how naive the reports were back then. What is intelligence? The human brain is the most complex organizational structure known. It has hundreds of billions of nerve cells (neurons), which is equivalent to the number of stars in the entire galaxy. Nerve cells are connected to each other through synapses. Even from a numerical point of view, assuming that each synapse has two states, then the total number of different states contained in the human brain exceeds the total number of elementary particles (protons and neutrons) in the entire universe (no more than 2 in 1000 Power). Human understanding of such a magnificent and complex structure is still in the most primitive stage. Can artificial intelligence be developed without recognizing its own thinking mode?

When I was in graduate school, a teacher in the Department of Mathematics gave us a lesson and put an end to the possibility of humans developing artificial intelligence according to the von Neumann structure: There are finite zero-order infinity, and it is impossible to simulate the first-order infinity. But it was such a simple truth (within the science and technology community) that no one came forward to explain it. Later, when I helped a friend sort out the internal historical data of the school, I suddenly discovered that in the 1980s, the school had applied for many national projects in the name of artificial intelligence. The result? Several papers that no one reads again. Perhaps this is the purpose of making gimmicks in the 1980s. 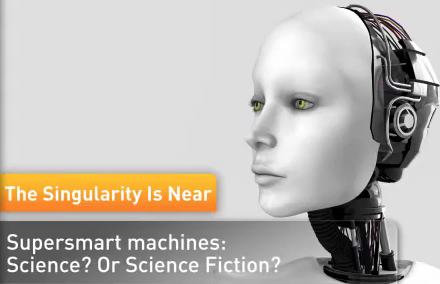 But a closer look reveals that there are a lot of tricks behind this round of artificial intelligence boom.

First, let’s look at the people who published the books: futurist Ray Kurzweil, philosopher and best-selling author Nick Bostrom, best-selling author James Barrat, author Carl Shulman, and entrepreneur Jeremy Howard. Although some of the people above have done technology, they all went to sell concepts later. The United States is an extremely bullshit-loving country. Many people in the industrial, financial, and cultural circles boast that they don’t draft drafts. In addition, writers generally like “no surprises in words”, the credibility of these people’s words is greatly reduced. Bill Gates and others are celebrities, and they can even be said to be great people in a number of technical fields, but they are not great in the field of artificial intelligence. Frontiers, such as Patrick Henry Winston of MIT, Richard Fikes of Stanford, and the like, will never make those horrifying remarks. In fact, after more than 50 years of frustration and exploration, the caliber of the field of artificial intelligence has quietly changed. Strong artificial intelligence is science fiction. Now, machine learning is generally mentioned, that is, weak artificial intelligence is realized first. Let’s talk about it.

2.1 Rendering and brainwashing
2.2 Papers and patents: the absurdity behind astronomical numbers
2.3-2.4 The bit world and the real world / Part and whole