Any interest group likes to misrepresent people. For example, the Family Planning Commission likes to discuss population explosions, and oil groups tend to preach that oil is about to run out. So what does the science and technology field like to use to promote its importance?

Using the time difference of impressions, supplemented by the brainwashing of media and universities, and the rendering of science fiction literature/films, unconsciously, the technological explosion seems to be a self-evident truth. Even in some areas where intellectuals gather, such as “Zhihu” and other websites, there are often some “technical explosions in progress” posts. Although many posters are still in the field of “knowing what is happening”, far from being “interested”, it does not prevent posters from subconsciously safeguarding group interests.

The brainwashing technique is remarkable, and it is the most successful promotion case in the mass media era.

The technological leap forward over the past 200 years has made it necessary for anyone to admit that the world before the 18th century is completely different from the world at the end of the 20th century. Throughout human history, this can only be described as the “big bang of technology”. Therefore, the technological explosion is beyond doubt. At the same time, in universities controlled by interest groups, almost all textbooks for science and engineering and some textbooks for liberal arts will have words like “science and technology are developing rapidly” in the preamble. Looking at the content in the textbooks, they all appeared in the last few hundred years, and some even appeared in the last 40 years. Isn’t this a proof? Of course, few people would think that past success does not mean that the future will be replicated in the same way, and the result of induction cannot be proved by deduction. But this does not prevent interest groups from taking history as an example to allow the public to accept the concept of “now is an era of technological explosion”. 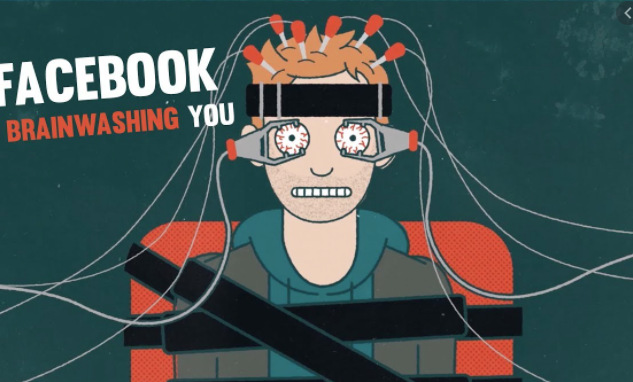 On the other hand, in the past 40 years, human achievements in IT technology are quite amazing. In the short span of thirty years, countless products and services that used to be enjoyed only by elites have quickly spread to the public, such as mobile phones, computers, and the Internet. The informatization brought by IT technology announced the bankruptcy of the “modernization = electrification” policy proposed by the former Soviet Union based on the recognition of large-scale industrial production in the 1920s. Many large companies are undergoing transformation, just as IBM has switched from mainframes to PCs, and then from PCs to information services, or went bankrupt like Kodak. Therefore, the technology explosion is at least established in the IT field. Although some of the achievements cannot be extended to the whole arbitrarily, the IT technology explosion concealed the impoverishment of the technological tree backbone, but interest groups like to use IT as an example to repeatedly emphasize that this is an era of technological explosion. A typical example that the media likes to quote: Big Brother 30 years ago was so clumsy, and Apple phones 30 years later were so smart.

For the Chinese, the past 30 years are the digestion and absorption of 300 years of Western scientific and technological achievements. In China more than 30 years ago, most areas were still farming societies that lasted for thousands of years. When China merged into the world, the absorption of the world’s technological achievements was by swallowing. The rapid changes in Chinese society give ordinary people the impression that technology is too magical and changes are too fast. For Western countries, half a century after Apollo’s moon landing, except for IT technology, no other technological fields have changed revolutionaryly. Even in terms of IT, the West has taken nearly 70 years to develop applications, which is far from the leapfrog development of China. The impression of the past 30 years has made ordinary Chinese worship the concept of “technological explosion” and regard it as a standard.

In addition to the rendering on the bright side, science fiction movies/literature implants the belief that “the magical future is not far away” in the subconsciousness of the masses in a silent way.

Science fiction is a popular literary form that is widely accepted in the world, and science fiction movies are the most important genre in Hollywood and continue to crush the world. In the world of science fiction, humans can cross the universe and reverse time and space; cancer is a small problem, and resurrecting dinosaurs is easy; the so-called magical nanomaterials can be used as materials for space elevators, and they can form micro-robots to dive into human blood vessels; What artificial intelligence, that’s a popular product! Even the “consciousness upload” has appeared, and artificial intelligence has become obsolete. But please note that all such movies/fictions will take place in the future. As for when in the future, I’m sorry, it’s a matter of scientists. We are literary and art workers and are only responsible for creation.

How do these works create future technologies? The characteristic of this kind of creation is the use of “fuzzy processing” on key technical points, which can be solved by a few simple statements that seem reasonable. For example, seeing that a piece of paper can be twisted by the outside force, um, this can be expanded, and space can be distorted, so the so-called curvature navigation is out of the cage. How do you twist the space? Go to a scientist.

To a certain extent, science fiction works have stimulated young people’s interest in technology and played a positive role in the development of technology. But just like a double-edged sword, since sci-fi creators are not responsible for technological progress, their magical creations give the public a feeling that a “technical explosion” is going on, leading many people to think that technology is easy to achieve.

In 2013, I met a Liu Cixin fan. He proposed a new energy solution: If the positive and negative matter annihilate each other, the energy released will be astonishing, hundreds of times more than nuclear fusion. I asked back then: Where did you get antimatter? Antimatter can be created through a particle accelerator, but the energy spent in creating it is much more than the energy obtained. Does such an energy solution make sense? 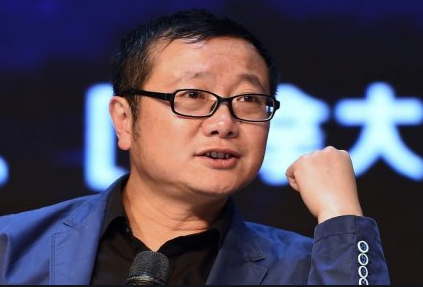 I recently saw the following news:

“Back to the Future 2” 30 years: half of science fiction predictions come true

Information Times comprehensively reported that in the 1989 science fiction film “Back to the Future 2”, Martin and his little partner Dr. Brown took the time car to the future world from 1985 to 2015 and saw many incredible scenes: flying cars, hoverboards… …

“Back to the Future 2” stills 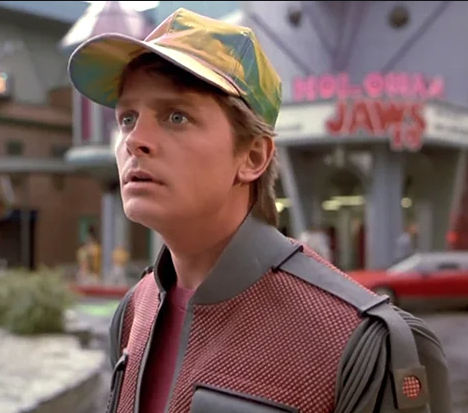 2015 is finally here, and for fans all over the world, there may be another question that can’t wait to be uncovered-how many predictions about 2015 in Back to the Future 2 have been fulfilled?

Does it feel a bit familiar? Isn’t this what Martin wearing Google glasses looks like sitting and eating breakfast? This high-tech product is often mistaken for a computer eye mask, but it is actually glasses that can answer the phone.

(The reprinter explained that it has not actually been realized. The movie is naked eye 3D, and the movie theater needs to bring special glasses)

In the film, Martin and his colleagues in 2015 communicated through video calls, which are the same as our current video chats and Internet calls, except that the screen is not that big during video calls.

In terms of eating, there is a scene in the film where a concentrated pizza is placed on a “hydrator plate” for 12 seconds and it will become a normal-sized, edible pizza. This can be said to be an early microwave meal.

Although many predictions have been fulfilled, there are still some scenes and inventions in Back to the Future 2 that have not yet become reality.

The “hoverboard” in the film has not really been realized.

Shoes that can tie shoelaces automatically and clothes that can be dried by themselves: look, hands-free! We also hope that there will be in 2015.

There is still no way to travel through time and space through the past and the future.

The film’s prediction of the fax machine gave it a major mission, saying that the fax opportunity will be popular in 2015. Fortunately there is no…